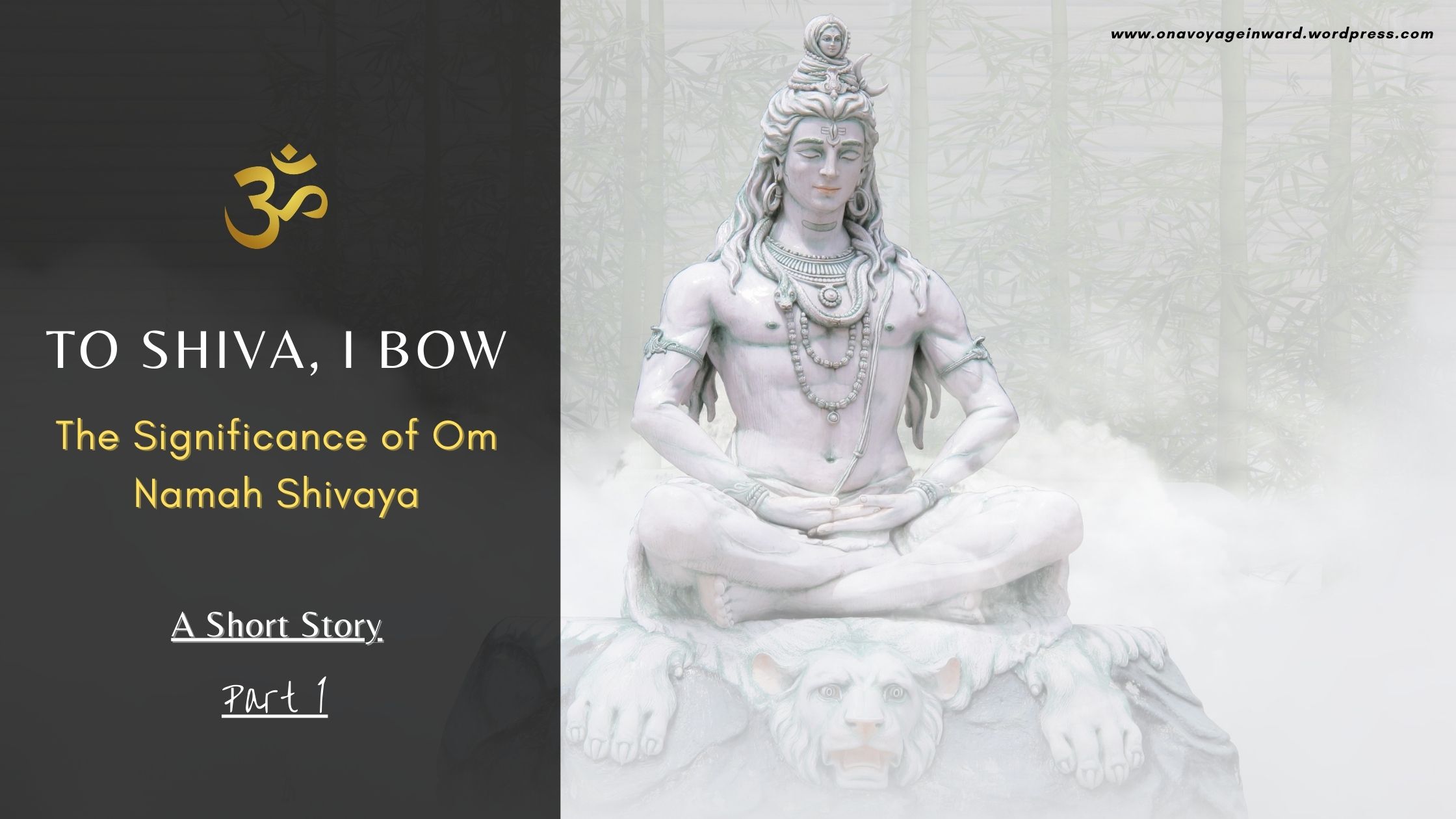 Hari Om! Welcome back to the voyage inward. 🙂 A big thank you from the bottom of my heart for all the love and encouragement you shower on the blog!

Today I am putting into words the compulsion I have been feeling from within – to begin to write on Lord Shiva.

Although I have been with Shiva through dance all my life, my fascination for the mystical Lord deepened when I was all of 16. From then to now – working at a place which has a beautiful Lord Shiva temple in its premises – the journey continues! 😀

This is a different territory of knowledge for me to be exploring. Hope You enjoy the Read! 🙂

Although it had a normal beginning, it was going to be quite a remarkable day for young Devika as she sat staring at Lord Shiva at her favourite temple – the Jagadeeshwara Temple in Powai, Mumbai.

Her elder brother Shivaansh whom she had gotten here for the first time early in the morning was seated beside her, immersed in meditation. For the hundredth time, she couldn’t help but wonder at the serenity that shone on the Lord’s smiling face.

Shivaansh opened his eyes and saw her lost in the Lord. He smiled. He was a Shiva devotee himself and had been on some wonderful pilgrimages, but this place had taken his heart away. There was this incredible aura of divinity, the white marbled Lord a sight to behold.

“Quite divine isn’t he?” he whispered.

He was surprised at the intensity of her words. There was no one in the temple apart from them. It only added to the piercing silence. Suddenly she turned towards him.

“Don’t you think that when you look at Shiva, when you meditate on Shiva – you are looking at Life itself as it is. Like you are meditating upon your true nature?” she asked.

“Absolutely.” He replied having just experienced what she was speaking about. “Now that we are having this conversation, I have a question for you. Up for it?” He winked.

Devika smiled. Her brother and his ways of having insightful conversations. How could she forget that as an advanced seeker, he was an inspiration for her! She jumped at the chance.

“No..but what I have realised in these months is that the chant is one of the most simple yet potent ways to attune our energy to Shiva’s universal energy,” she answered.

“Rightly said. So, this is a powerful Mahamantra the origins of which goes back thousands of years. It originates in Shri Rudram of the Yajurveda. Do you have your diary with you?” he knew her habit of carrying around a journal wherever she went.

“Now, Om Namah Shivaya means, “I Bow down to Shiva” – who is the Supreme Reality, my own true Self. Thus it is a worship that allows you to move closer to the Source of all energy, lying in the cave of your own heart!” he grinned.

Devika was listening intently. “So Anna, one of the most popular interpretations we come across is in Bhagawan Adi Sankaracharya’s Shiva Panchakshari Stotram isn’t it? Where Na, Mah, Shi, Va and Ya represent the five elements through which the Absolute manifests in the form of this universe.” she questioned eagerly.

“Yes. These five elements are the building blocks of the universe and of our own beings as well. Let me write the breakdown for you. There is one more interpretation which I’ll talk about after this.” he said picking up the pen again.

Om – The first vibration or sound that arose from the void of pure existence to begin the creation of the universe.

Mah – Water (manifests as blood in our body)

Va – Air (the process of breathing)

Shi – Fire (temperature of the body)

Ya – Sky or Space (the body occupies space)

“Can you tell me some more about this?” a curious Devika asked.

“Alright so, in ancient times the metaphors the Rishis had to describe their experience of Consciousness were condensed and subtler, possibly even more than what we have today in the form of modern physics. Their metaphor was Shiva.” he paused gauging her expressions.

In their deep meditations, the sages experienced Shiva as the entire universe and Shiva as their own Self. Thus, this mantra when chanted becomes a powerful vibration that allows us to tune into our own true self, that is Shiva. Tell me, you have started the Japa. What have you noticed?” he questioned after explaining.

“Hmm..What I have felt when I chant, and as the practice is getting deeper is a powerful silence and a cleansing of emotional baggage. I feel a lot more calmer than I ever was. And I also believe that knowing the entire meaning and significance of the chant helps deepen the practice.” she answered thoughtfully.

“Wonderful!” Shivaansh replied, visibly thrilled. “Now, before getting in further, I forgot to ask you a basic question. Do you know the meaning of the word “Mantra”?

I leave you with two links. Here’s one to listen to the Shiva Panchakshari Stotram – https://youtu.be/CYJ4udIsfBc.

Here’s another link, a magnetic Om Namah Shivaya chant to help you begin your own journey with the Mantra – https://youtu.be/9jScRVIZLic

See You Next Week with Part 2 of the story! 🙂