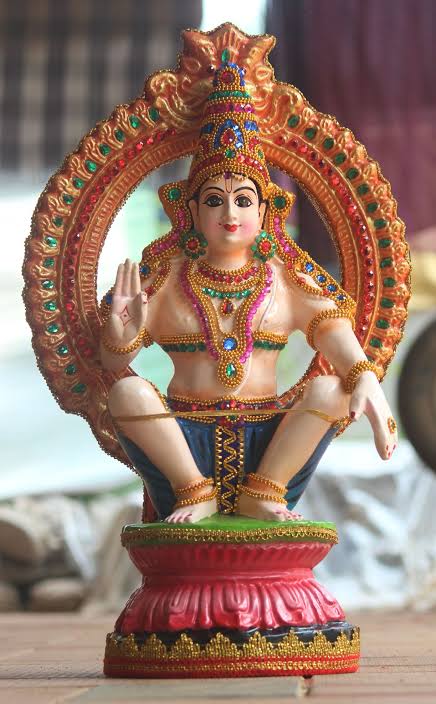 As she dusted her hands, she heard a grumbling sound. When she turned to investigate the cause of that sound, she found Shabareesh grinning sheepishly.
“Hungry!”
“What? You just had so much chaat!” she laughed much to his exasperation.
“Huh! So what? That was a while ago. After that, you made me run around and build this castle on top of that. So..” he shrugged, quite proud of his answer.
“Oh really?” Karthika smiled sweetly making him gulp. The next minute all the sand covering her hands were on his head!
“What the..” his jaws dropped open as he surveyed himself while Karthika laughed away to glory.
That was it. The next moment her clothes were splattered with more sand.
She glared at him but Shabareesh smirked widely, his eyebrows jiggling in a teasing expression. The duo stared at each other for a second. The next second they broke into laughter.

“We look like drenched monkeys!” Karthika exclaimed struggling to catch her breath.
“Well I always thought you were a cute little monkey!” he chuckled.
“Hawww! I am not talking to you.” Karthika stalked off.
“Hey! You only keep sending that monkey on WhatsApp!” he remarked falling in step with her.
“Shabareesh I never expected you to be such a tease!” she huffed.
“Oh come on that’s not just your job, I am more talented. And by the way, I am everything yet nothing. You only need to REALIZE.” he winked mysteriously and went ahead, leaving Karthika to her thoughts.

On their way home, she was lost in him. The flowers he touched lightly, bloomed with life, a smile always played on his lips. The smile that had never left her heart since the day had begun.
The driver of the rickshaw they rode back home was delighted at his company.

“Can I sing for you later?” she asked softly.
He had been busying caressing the tiny head of a myna that was perched on his shoulder as they walked to her home. Her request made him grin wide.
“Sureee! I am waiting.” His eyes shone with excitement.

Her heart almost swelled with happiness at that love in his eyes. On entering her home though her face suddenly fell.

“What happened ma?” he asked noticing her crestfallen expression.

“There is nothing at home to eat. And you’re hungry!” she whispered almost in tears.

“Hey! Don’t sound so sad. Give me anything with all the love in your heart, even if it is a simple fruit. That’s more than enough to satisfy me.” he said holding her by her shoulders gently.

“But I wanted to prepare so much for you!” Karthika cried.

“Remember, Sudama’s handful of puffed rice made Lord Krishna happier than the largest dinner banquet. Sabari Maata’s pure love, overflowing into those half-eaten fruits brought tears to Sri Rama’s eyes. Give me whatever your heart wills and time allows.” He wiped away her tears, reminding her of the stories of the Lord’s greatest devotees

Karthika managed a small smile and quickly went to the kitchen. With whatever little was available in the house, she began preparing a meal while Shabareesh stood by, observing her. No words were spoken. He could see how she poured all her concentration and devotion into the food that she was making. As for her, she had completely dissolved into the act of cooking, into the very love that was the key ingredient of her preparation!

After an hour, he sat down famished and eager while she served the dishes lovingly on a silver plate that she used to first serve food for the Lord. Today however she was mysteriously directed to serve Shabareesh. By now, her intellect had completely given up reasoning. It had accepted that whatever was happening was way beyond its comprehension.

“Ahh! What a lovely lunch and my favourite Chadachadayam [ I know it is difficult to pronounce! 😛 Made of jaggery, this variety of kheer is traditionally offered at Lord Ayyappa’s Pujas. It is considered to be his favourite. 🙂 ]

He chanted his prayer and dug into the simple yet delicious spread.

“Wowww!” he exclaimed in amazement. As he ate, very evidently enjoying the meal, Karthika was unable to contain her bubbling joy within herself. Tears of happiness made their way down her eyes. He glanced at her, blinking in unsaid assurance, a soulful smile playing on his lips.

“Get another plate.” He said.

“Why?” came the immediate reply.

“For once listen to me and get a plate!” he teased.

She frowned and followed his orders. What happened next stunned her out of her wits. Shabareesh served the food onto the plate, that silent smile of infinite love never leaving his lips. He mixed the rice with the sambar well, just as he loved it, made a cute little ball of the morsel and stretched his hand to feed her.

It wouldn’t be an understatement to say that her heart strained against her chest wanting to leap out in sheer bliss as he fed her. She shivered, wondering if each moment today was real or a beautiful dream? His serene smile, ancient eyes, unconditional love and eternal wisdom – it felt as if the Lord Himself was sitting there and feeding her. The moment felt timeless, as if she wasn’t herself anymore. As if she and Shabareesh were One, like the oneness a devotee revels in with her Lord.

Hellooo again! I know I am updating after 10 days, but please bear with me! I am trying my best to get into the habit of consistent writing. 🙂 Thank you so much for all the love and encouragement always! 😀

Karthika and Shabareesh have begun their magical day. Join them once again in this chapter. 😀

“The world needs more kindness and love. Don’t forget to smile at a stranger or a child. Don’t hesitate to say a simple thank you to anyone who serves you in any way.” Shabareesh said, his eyes gazing into the distance, as they rode in the rickshaw.

She stared at him, trying to comprehend him, his words. “Where are we going next?” The next minute he asked with a childlike enthusiasm.
She giggled and forgot her efforts to “analyse” Him. “Maybe I should just let go. These moments are special, not within the understanding of my poor mind. Forget it Karthika, too much analysis leads to paralysis! Breathe and enjoy.” she thought to herself.

“Hellloooo?? Excuse me, don’t get us lost please.” Shabareesh whined.
“With you here, can anyone ever be lost?” the words slipped her lips even before she could think.
He smiled mysteriously. “No.” his reply was even more perplexing but seemed absolutely right to her.

“We are going to the beach.” she smiled.
“What? Arey waah, quite a plan you have made haan!” He grinned.

Shabareesh loved the waters. He was always at ease with the peace that their depths offered. Thus when they reached, he immediately ran towards the sea and let the waves lap at his feet.
Normally Karthika would have laughed at this sight, but today she could only observe him, his antics with adoration in her eyes and heart.
They felt pristine, like a divine Leela.

She never knew when he had pulled her to stand beside him.
“Shabareesh!” she huffed.
“Hahahaahaha!” he guffawed.
Her irritation vanished. Her heart jumped in devotion at the voice of his laughter. It wanted to hold every precious moment of this close.
She could feel the beginnings of tears make their way down her eyes, when,
“Splash!”
“What the hell!” Shabareesh had caught her totally off-guard and splashed water on her while she was lost in another plane.

Scratch all those emotions. This guy!
“Hahahaahaha!” he laughed again and ran off.
“Shabareesh, you are dead.” Karthika screamed and ran after him.

“Wasn’t this exactly how I had visualised my day with Ayyappa?” Karthika realised as she caught up with Shabareesh.

After that cat and mouse chase, the duo settled down to build a sand castle.
Shabareesh observed her keenly as she built that little sand castle with total concentration, frown lines on her forehead and a smile etched on her lips.
“Never give up little one on your dreams.” He whispered firmly. Karthika looked up at him.

“Never lose this focus you have. Like this sandcastle will eventually fall away, challenges will arise on your path. Never lose hope. Just as you would build this again, keep building your dreams and working towards them. Let your Ayyappa’s names always dance on your lips. Trust me, even in the most difficult times you will find peace.” He smiled, helping her bring together the sand and cement the foundation.

Karthika couldn’t stop staring at him in awe. At a time when she was unsure of a path towards her goals, worried for her career and studies, unsure of her will to achieve her purpose, here he was speaking words that touched her very soul. To her it seemed like her Lord Himself was asking her to never give up, assuring her that He would always hold her safely.

” I will never give up. ” she said decisively as the sand castle was completed successfully. Her words made Shabareesh grin widely. His goal had been achieved.